We’ve released a maintenance release for Sophos Firewall Manager (SFM). This update contains enhancements and fixes for some open issues.

Following versions can upgrade to this SFM release: 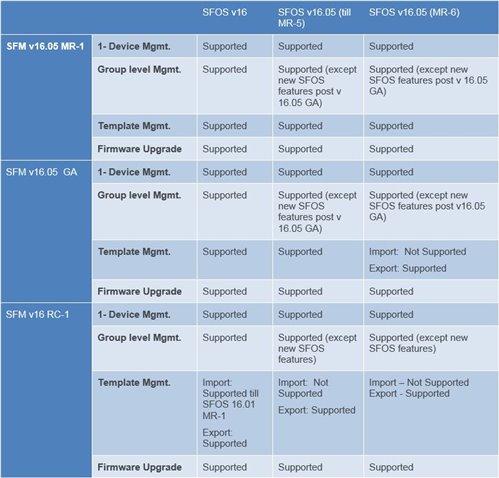 What’s new in this release

You can now create a template in Firewall Manager by importing configuration from an XG Firewall running on SFOS version(s) released after the Firewall Manager. Refer Compatibility Document for details.

This support may not work in some cases like major workflow or structural changes in SFOS. The template created will have configuration of the features supported by the Firewall Manager.

Sophos Up2Date technology makes it easy to upgrade your Sophos Firewall Manager to the latest version.

There are two ways to apply an available Up2Date package to the device: